As a real estate professional with over thirty-five years of national real estate experience, Bob has the strong industry knowledge rarely found in re...

Increased inventory, longer days on market... transition to a more balanced market for buyers and sellers?

Will this crazy appreciation explosion continue or crash? Is it time to cash out on your home's appreciation? How do I find an affordable replacement home? Do first time home buyers even stand a chance? Solving these dilemmas starts with reading our updated market report.

June saw increases in inventory, days on market and months of inventory, which is good news for homebuyers.

“Over the past few years, the fireworks from our housing market were visible from almost every street corner,” said Steve Danyliw, Chairman of the DMAR Market Trends Committee and Metro Denver REALTOR®. “Those fireworks, while still around, are not being seen in every neighborhood. It’s important to remember that a transition to a balanced market doesn't mean a bubble is around the corner.” 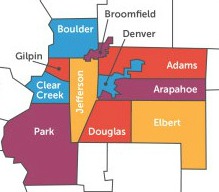 More than 32% of this year’s sales were cash, and it’s not just the cities you expect to have luxury homes sales. So far this year, 40 cities in the metro area have had sales of homes priced above $1 million. Both the detached and attached single-family luxury markets are headed into the second half of the year favoring sellers with less than five months of inventory. We'll see if the rest of 2018 keeps up at this pace.

Get your home's value - our custom reports include accurate and up to date information.